When Death became an Industry

The Menorah, erected here as a succession of gas pipes over the industrious Atlantic Coast, rises high over a bed of ashes… granulated, galvanized. Gray.  At night, from the top of the chimneys, seven cannons of light pierce the heavens above. The once destructive conducts of gas and smoke are turned into seven luminous channels: an ultimate rendering of belief – in the face of total darkness, abandonment and humiliation – towards a “silent,” “absent,” “dead” or “non-existent” G-d. Nevertheless, the symbol of divine presence in the Temple bears the inscription Barukh atah Adonai Eloheinu melekh ha’olam along the base of its seven branches.  The seating area, conformed by an exscinded Star of David, emphasizes the segregation between male and female as the families entered the camps: Two equal, opposing triangles, each dedicated – separately – to the men and women victims of all genocides. 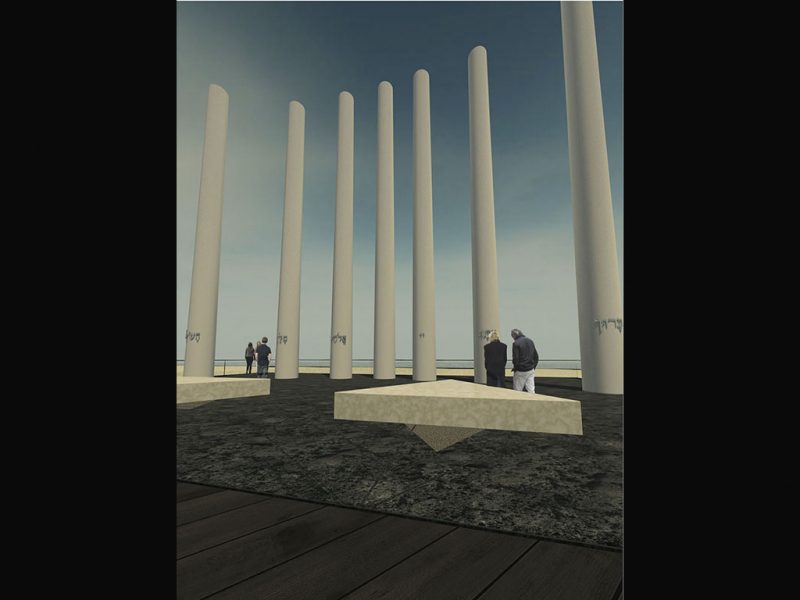 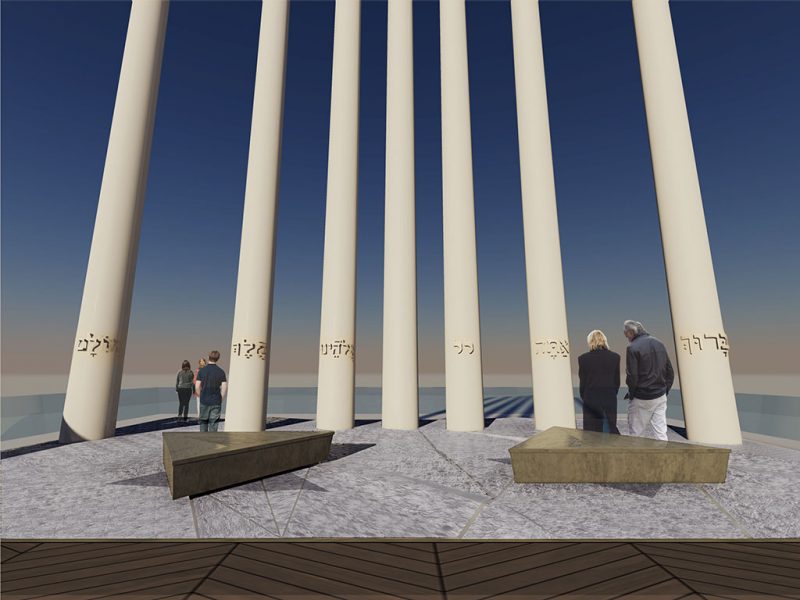 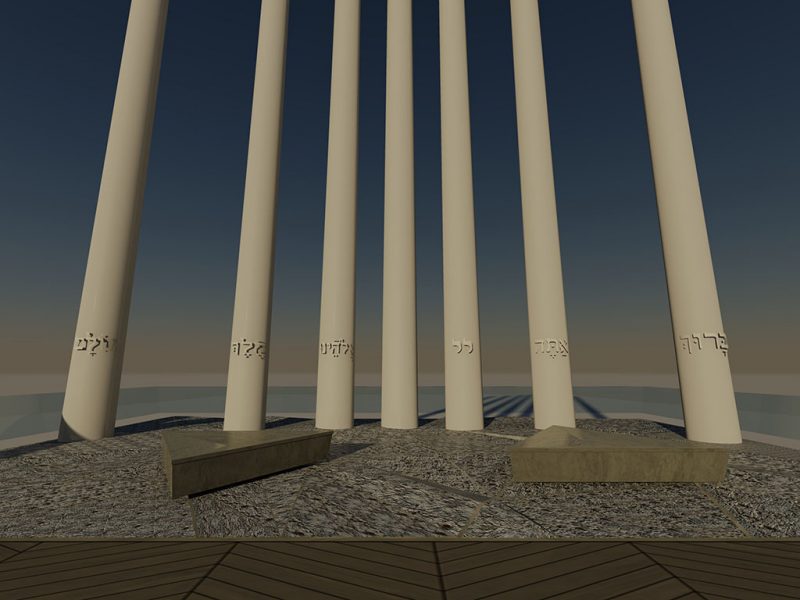 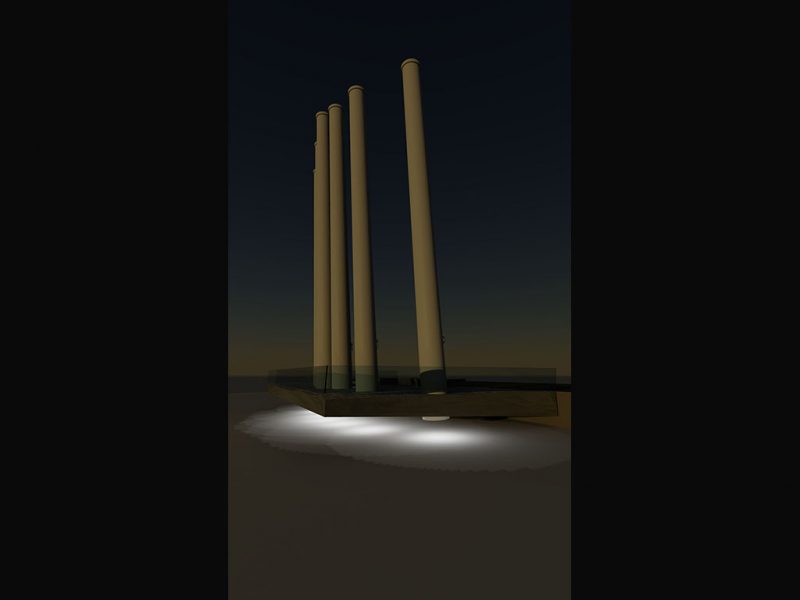 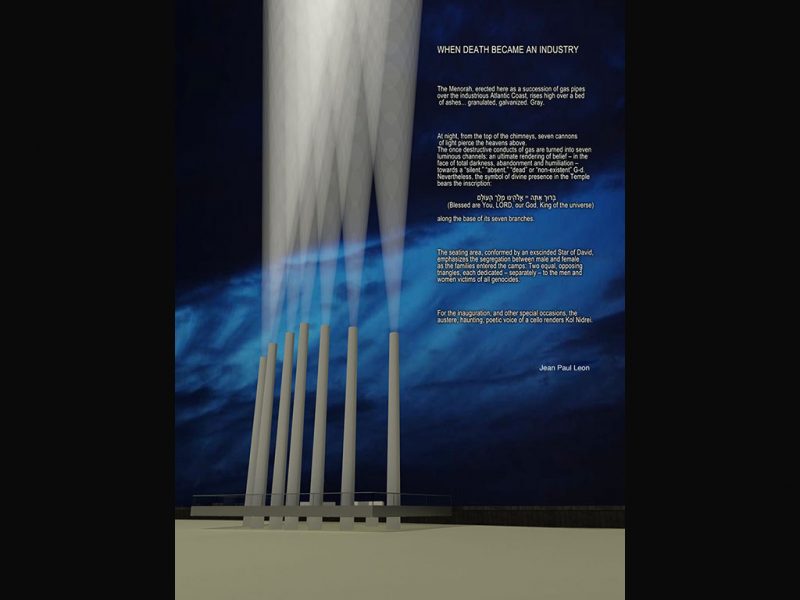 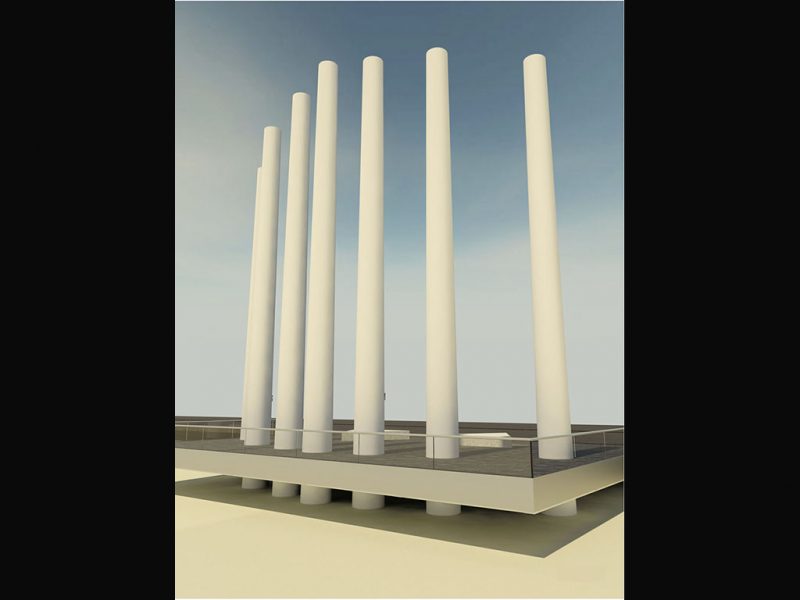 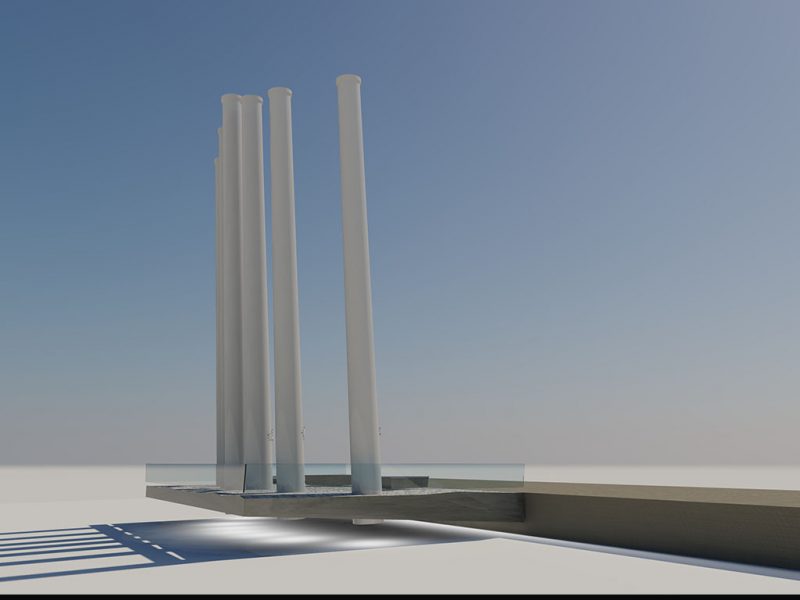 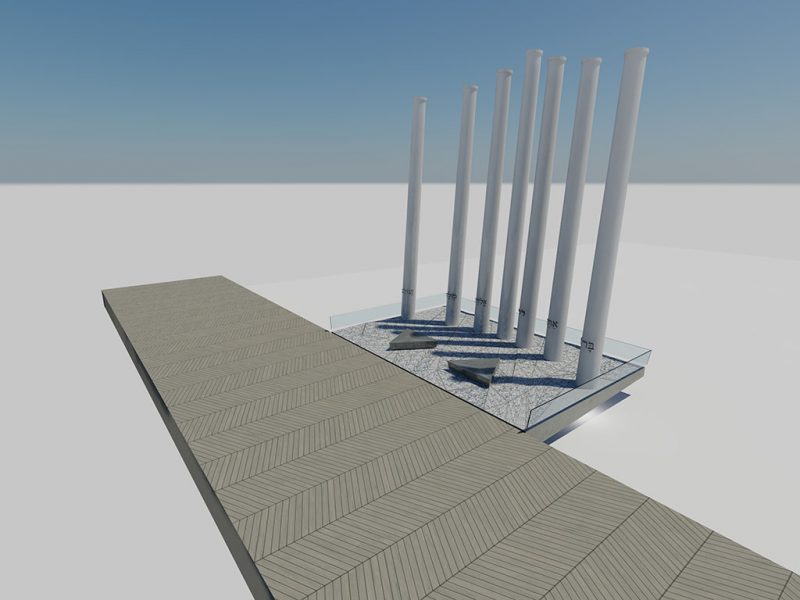 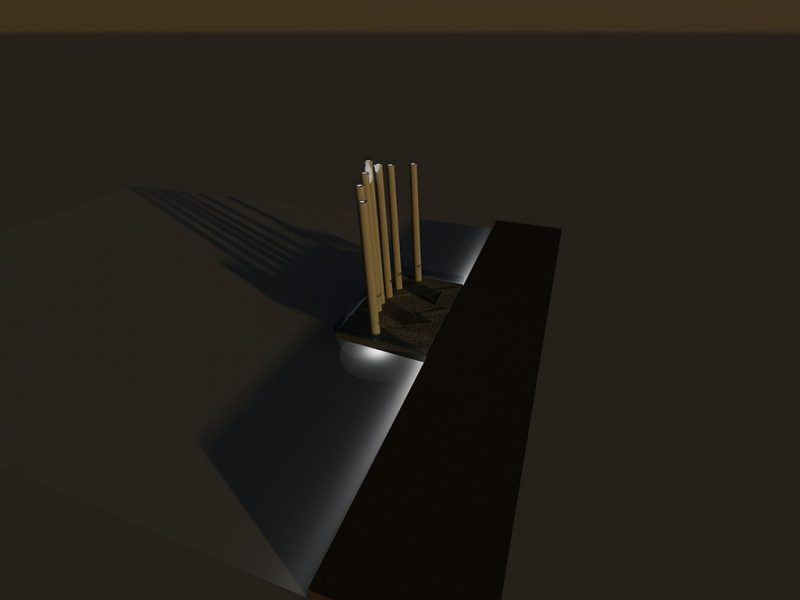 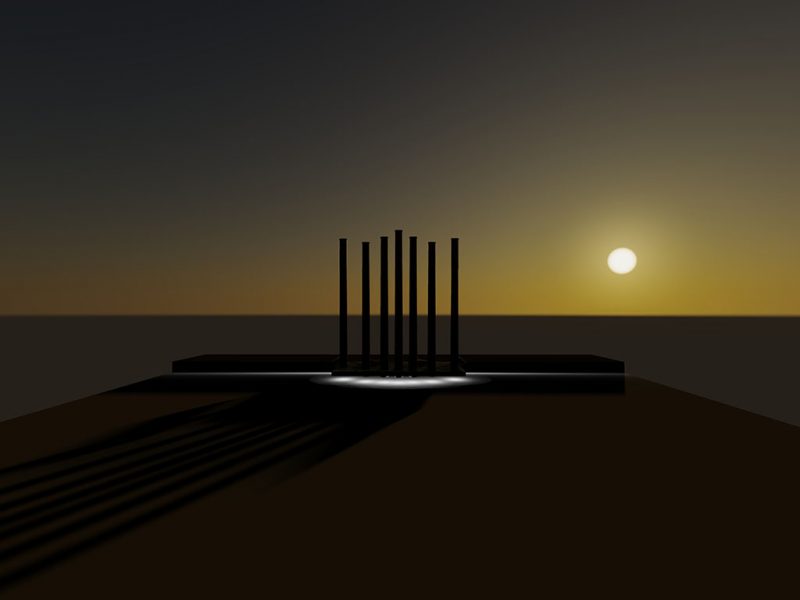 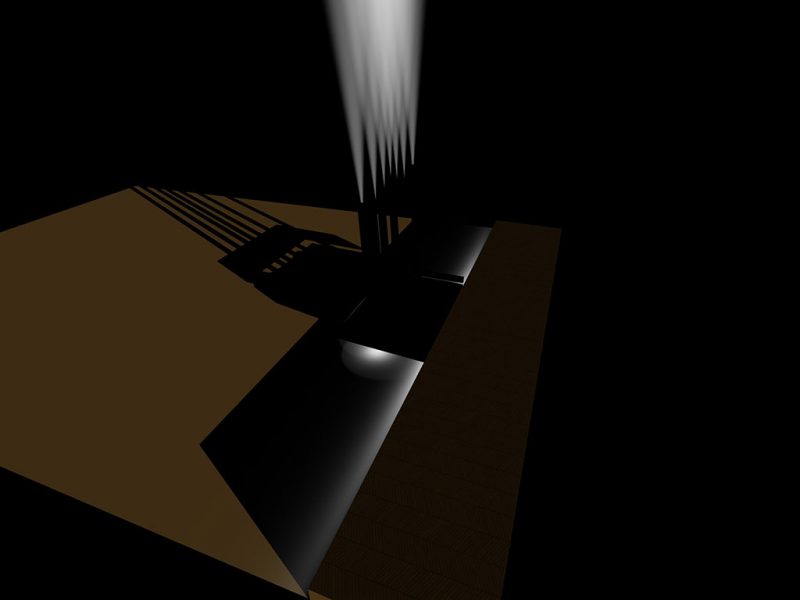 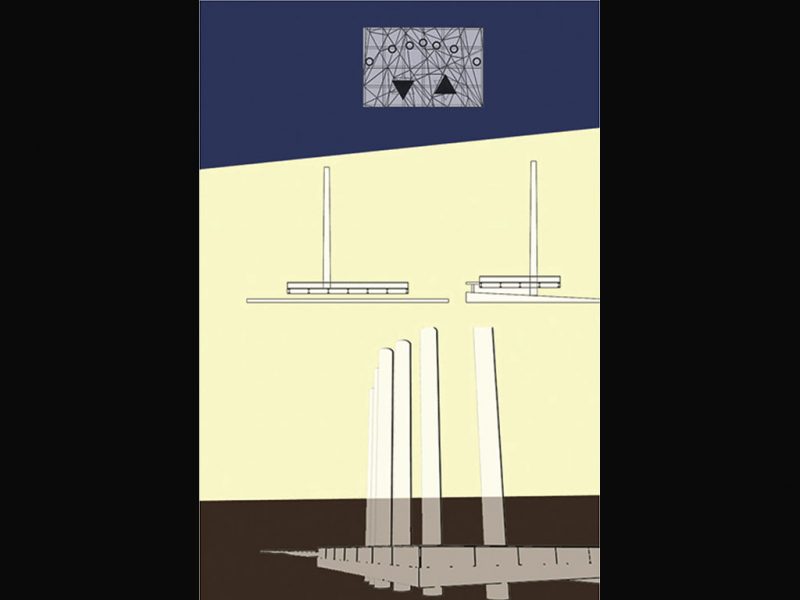 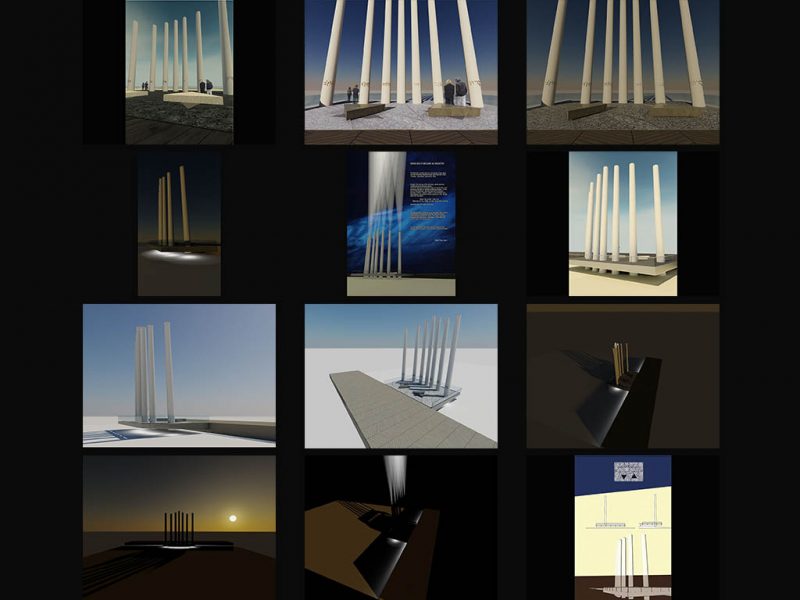 Linkedin
Scroll back to top